This car is believed to have spent its entire life in Connecticut. It was shipped from the Detroit factory on February 20th, 1907 to E. P. Chesbro, Willimantic, CT, a prominent Buick, Cadillac and Pope-Hartford dealer. This is a picture of the Chesbro dealership in 1909 when Chesbro had switched his allegiance to Buick and Overland. 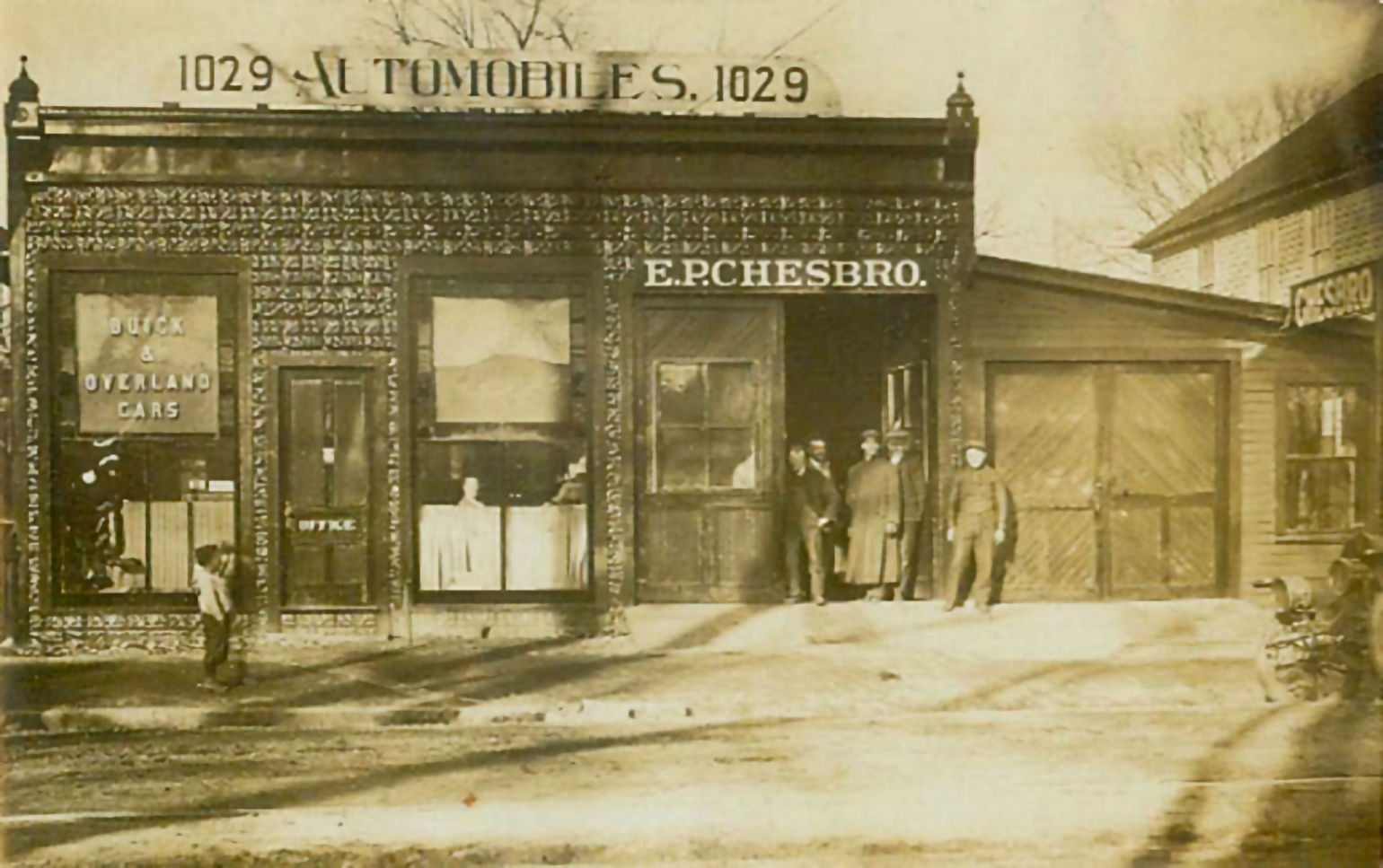 The individuals pictured from left to right are Fred Little, E.P. Chesbro, Leslie Nichols, Walter Brown and John Upton. At some point in its early years, it spent time on a Connecticut farm, where its back seat was removed and the "one-lung" engine used to cut firewood. In January 1958, it was sold by John J. Lyons of Thomaston, CT to a partnership of Raymond G. Bentley and his Son-in-Law Edward C. Thierry of Harwinton, CT. On November 6, 1966, the car was sold again, this time to Sam Willard of Old Lyme, CT. 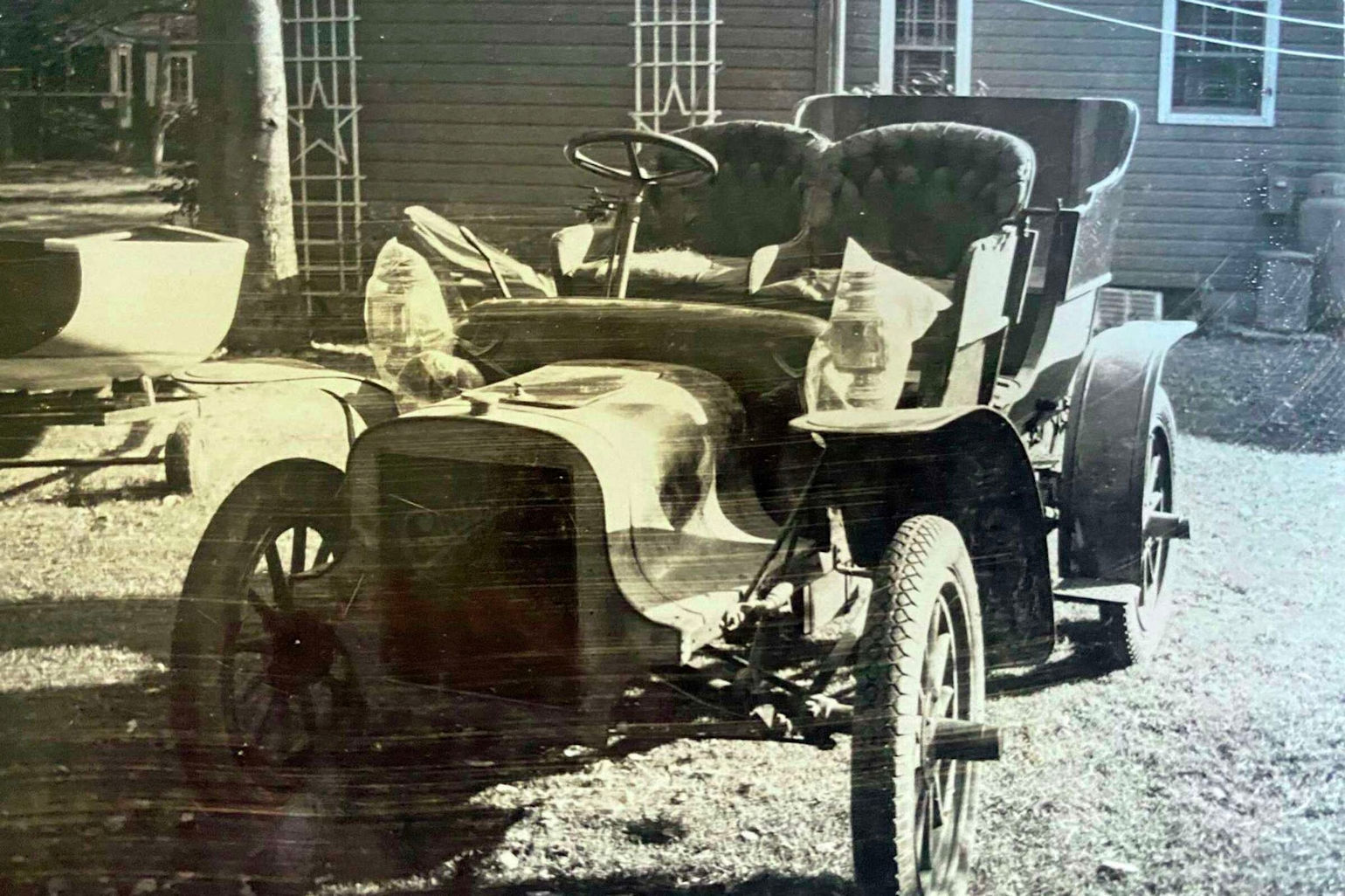 “The day Sam got the Cadillac home, November 1966”

As Sam later said: "When I bought it, (the car) was in tatters, but it was all original - the hardware and everything." In the 1990's, Sam painstakingly began mechanical restoration of the car and rebuilt the back of the car to original specifications. The car completed an extensive Concours level restoration in 2010 and, in May 2020, became part of the Bill & Linda Lillie Collection of Gales Ferry, CT.

As Sam told Hemmings Classic Car magazine in 2021 "There may be some that are just as good, but there are none better."