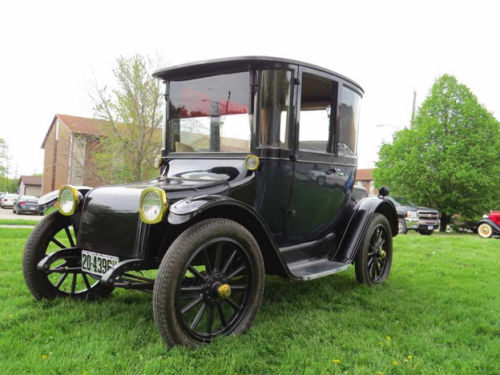 There were 143 Detroit Electric cars made in 1922 and this is one of 9 known to still exist. A total of 12,348 Detroit Electric cars were produced from 1907 to 1939. There are known to be 113 left in the world today. The original selling price of this car in 1922 was $2985 (9 times more than a Model T!). The car has not been restored, although the fenders appear to have been painted years ago. This car was shipped from the factory on 6-21-22 to a Detroit Electric Co. dealer in Chicago, IL.

Most people think that electric cars are a recent phenomenon. The truth is that in the early 1900's the electric car was a common sight on the American road. At the turn of the last century, 38 percent of American automobiles were powered by electricity, 40 percent by steam and 22 percent by gasoline. 33,842 electric cars were registered in the United States in 1900. Electric cars were used in a large part by women and doctors. Doctors needed a car that they could get in and go and gasoline engines were not that easy to start or reliable. Because hand cranking a car was difficult (to say the least) and could be downright dangerous, the electric cars were very popular with women. In fact, one of the downfalls of early electric cars is that they were thought of as a women's car and men did not want to be seen driving them. The real demise of the electric car began with the invention of the first practical electric starter in 1911 which was first used in 1912 by Cadillac.

This Detroit Electric has a practical top speed of 25-30MPH on a flat surface and a range of over 90 miles on a single charge. There were 14 - 6volt batteries that provided the 84 Volts needed to power the car. The original batteries have been replaced with modern batteries and charger. Originally, Thomas Edison Ni-Fe rechargeable batteries were an option for a $600 upcharge (about twice what a Model T cost!). Although the Edison batteries would last forever (some are still operating today, 100 years later), most electric car owners opted for the much cheaper lead-acid batteries, even though they had to be replaced every several years.

The car has a combination of dark blue paint on the body (which is original from the factory) and black paint. The car has wood spoke wheels with center hubcaps. It has a split front windshield with rare red tinted glass on the upper section and unique curved glass in the back. It also has the original etched glass flower vases on each side of the interior. Eighty percent of the interior is original and any repairs were made with material that very closely matched the original fabric. The curtains and roller shade are the original silk.

This Detroit Electric car was part of the Jay Spaulding Gross Car Collection in Cedar Rapids, Iowa in the 1950's and upon his death was donated to his alma mater, Northwestern University in Evanston, Illinois. On June 9, 1979, the car was auctioned in Cedar Rapids, Iowa and became part of the Quam Family Collection. In the early 1970's Grant Quam was interviewed by the Iowa PBS.
View Auction Advertisement
Watch the video

In 2010, the Quam Family put this car on loan for several years to the Iowa Transportation Museum for the purpose of promoting the museum. The car has been driven successfully on two Red Flag Horseless Carriage Tours that are held annually in Southeast Iowa. The car performed flawlessly and has traveled as many as 90 miles in a day without recharging.
Watch the video.

In September 2015, the car was purchased and brought to Connecticut by Bill & Linda Lillie of Gales Ferry, CT. A history of Grant Quam and his cars can be found here.

This 1922 Detroit Electric car was featured on the Fox Business Channel Show "Strange Inheritance" in January 2016.
Watch the video.

The car won "Best in Class" at the 2016 Misslewood Concours d'Elegance and is in the PBS movie "The Chaperone" featuring Elizabeth McGovern which will be released on March 29, 2019.

See it in action at the 2018 Mystic Seaport By Land and By Sea: Antique Vehicle Show.
Watch the video. 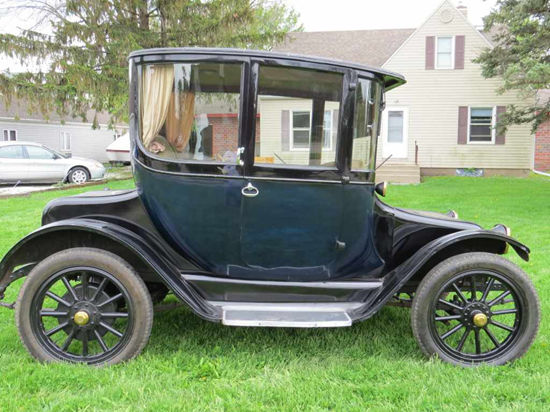 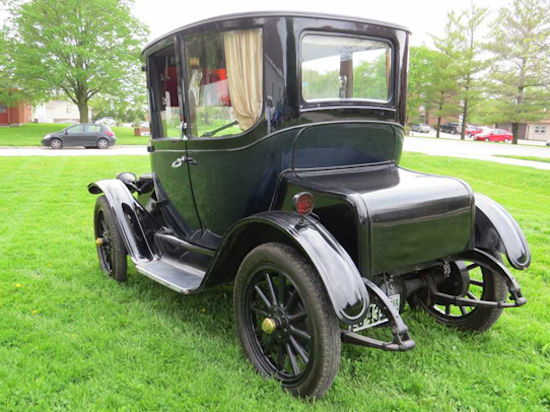